This website does a good job of keeping data about Weyers Cave, including population and demographics. It’s worth a look .

If you go inside and walk to the back of Shops in the Old Shed, 3236 Lee Highway, you will find Grandmas Grill and Bakery. Several grandmas own this together, and they know how to cook and bake! They have lunches each day.

The Valley Pike Farm Market is on Route 11 just north of Weyers Cave Road about 1/4 mile. Oh, my! Two food trucks (one barbecue, one hamburgers) are just the start. They have a Boars Head Deli, coffee shop, ice cream shop, chocolate shop, and complete bar, as well as canned jams and other foods, and a fridge full of ready-to-grab-and-run foods. Along the  back of the huge barn is a l-o-n-g porch with tables and a view of the mountains. Gorgeous!

Karis in Mt. Sidney for a nice truly homemade meal on Thursday, Friday, and Saturday for $6.50. Karis also has some wonderful desserts and herb teas.  It’s a nice cafe to meet for a ladies’ day out! Then, of course, you can peruse all the donated items for sale! You can also consign nice household items there.

Yes, there IS a bus that comes to Weyers Cave. In fact, there are two. One goes north to JMU and swings by Dayton and Bridgewater and then back to the stop at Blue Ridge Community College. The other goes south to Staunton and you can transfer on it to get to Waynesboro. It is that it is only fifty cents, and free if you are student or faculty.

The bus drivers are super and let you out anywhere along the route, and will even pick you up at a different place along the route if you call ahead. Buses leave every hour on the hour starting at 7 am and the last bus leaves BRCC at 8 pm Monday through Thursday. If there is someone at Blue Ridge that needs the bus at 9 pm, it will make another run!  (The busdriver eats from 7 to 8 pm, so no bus service then.)  Friday buses leave BRCC from 7 am to 5 pm and no bus service on Saturday or Sunday. PLEASE CALL CATS Mountain Bus Service at 800-305-0077 to check out these times and service before you ride.

The not-really-all-knowing webmistress understands that the answer is “no”, although there are almost certainly some very small ones around. The reason the town is named Weyers Cave is because Grand Caverns in Grottoes were formerly called Weyers Caves after Bernard Weyer who is crediting with first finding them. Even this is a bit wrong, since he found them in a place known as “Cave Hill.” So they knew there were caves in the hill before his “discovery.”

These were grand and glorious caverns, with an organ and ballroom, and the closest train stop for visitors to the caverns was seven miles away — in what is now Weyers Cave. The conductor would call out “Weyers Cave” at the small train stop and that is how it got its name.

I’d LOVE to be proven wrong. Does anyone around know of any Caves in Weyers Cave???

I am Debbie, a “real person” who lives in Weyers Cave. My nickname is the “Computer Bee.” I am the Webmistress of WeyersCave.net.  I am doing this to bring the community together and keep people informed of what is happening in Weyers Cave. I find that many people from outside the area refer to this page when traveling in this direction. Welcome!
I personally recommend the people and businesses on this site. If you have problems with a business that can’t be resolved, let me know. If I can’t resolve it either, I will remove them from the Hive and notify the other Worker Bees. I will not have someone here I don’t have confidence in.

If you are a local organization such as a church, business, school, or civic club, give me your information and I will link to you.  If you live or work near Weyers Cave, and don’t have competition in Weyers Cave, I will list you as well.

Thanks for making this the best community website in Weyers Cave! 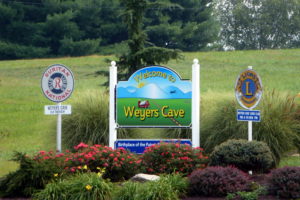